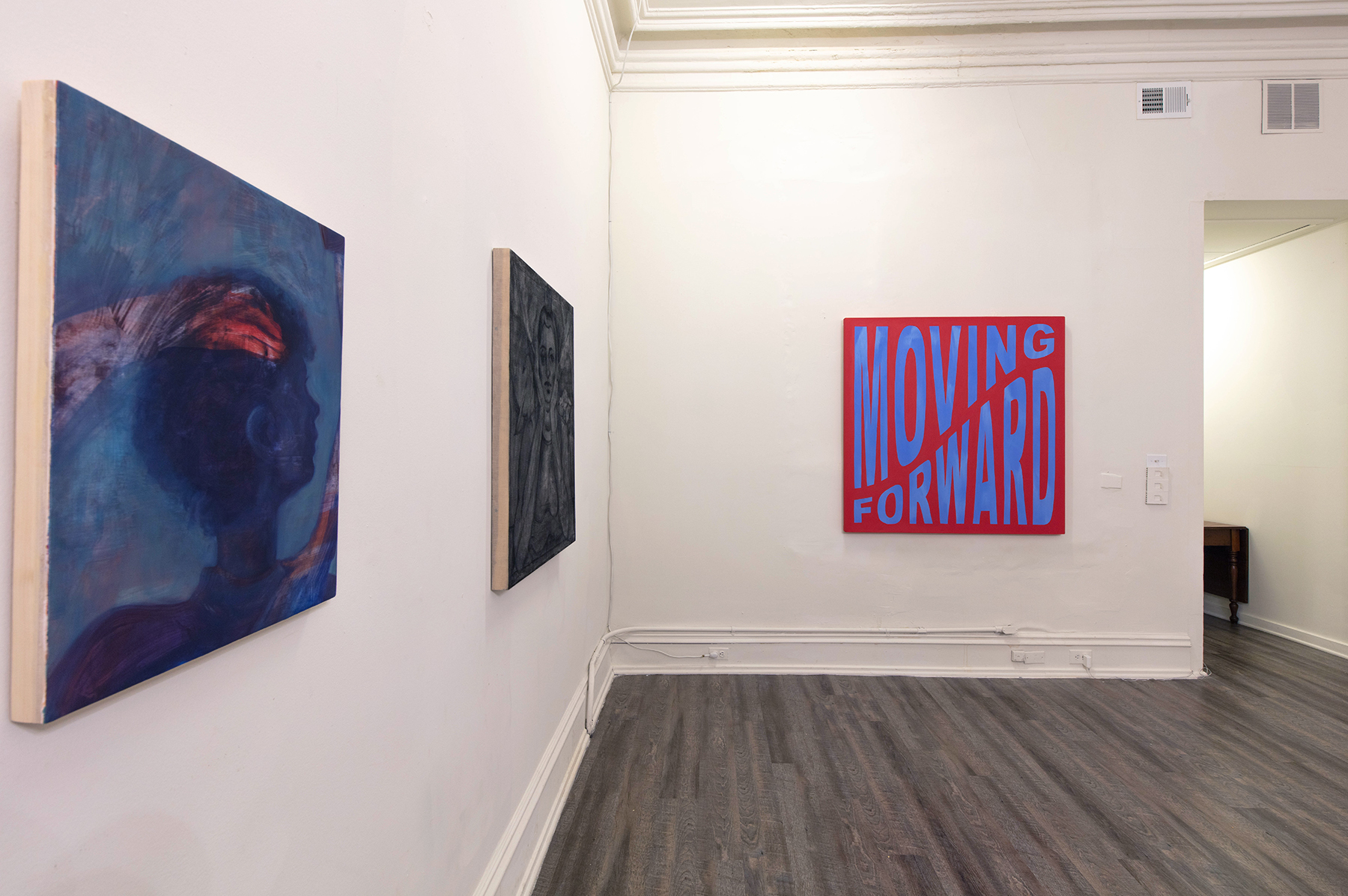 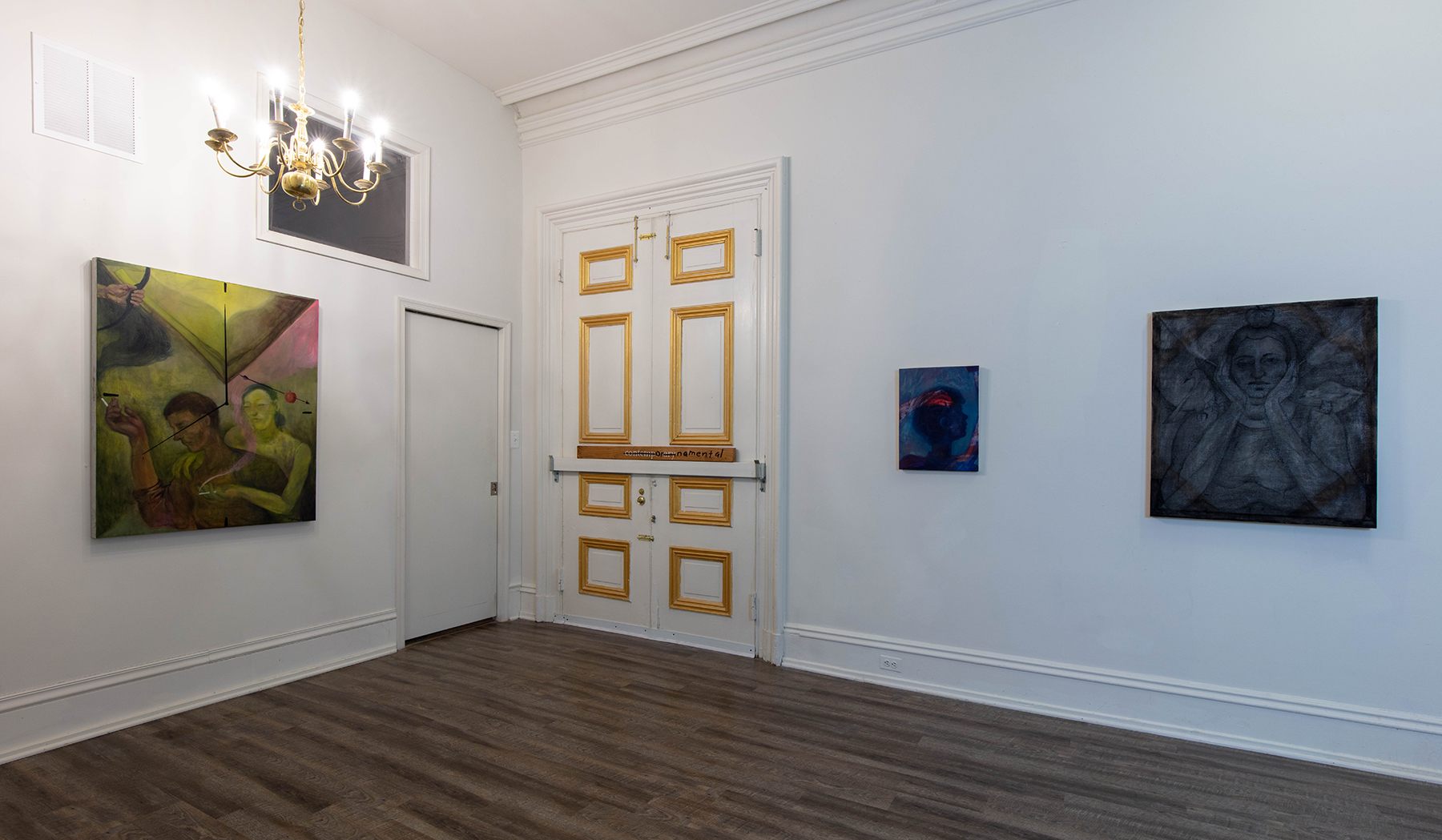 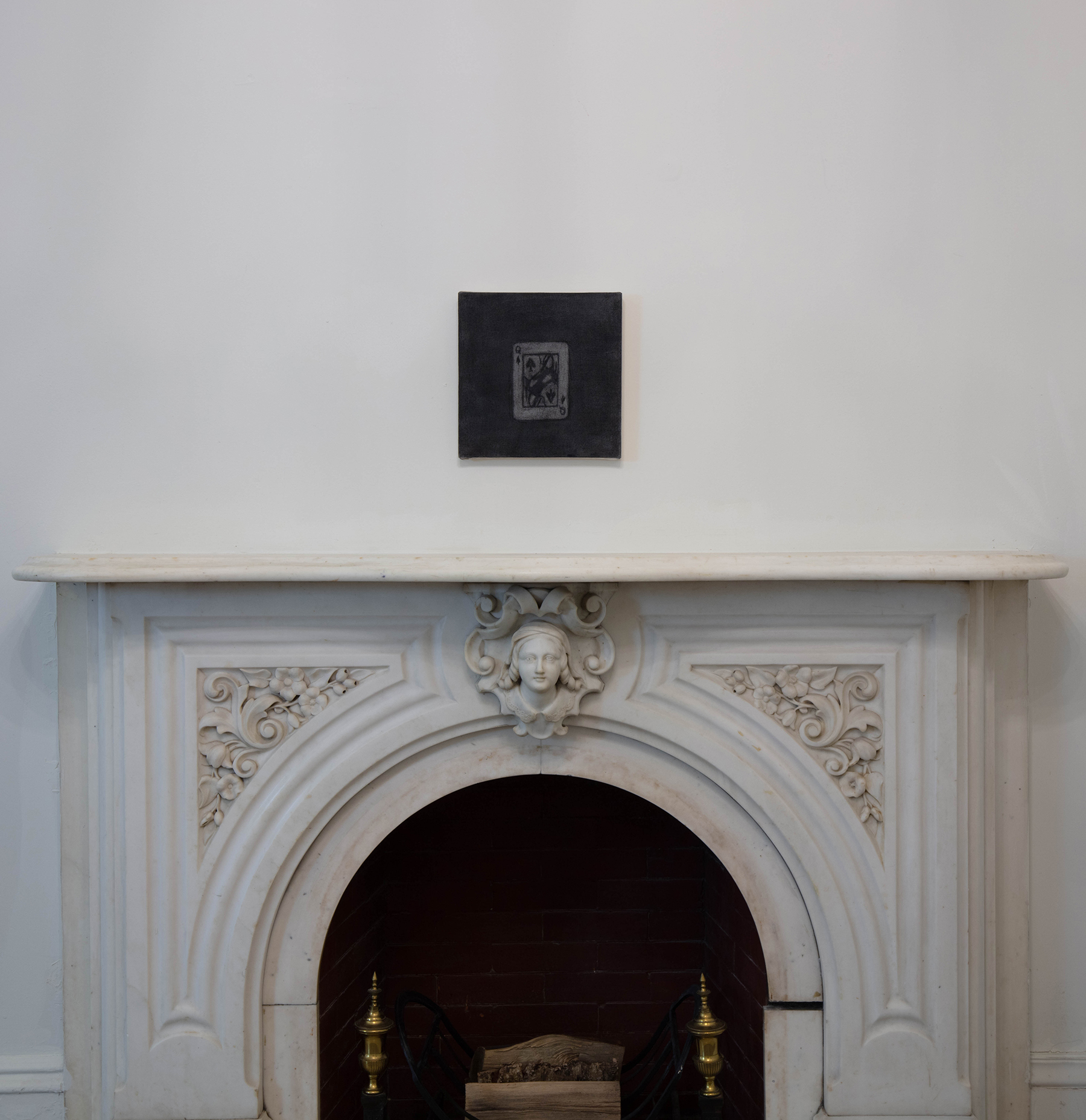 I think a lot about family and relationships—trust and the abandonment of it. I am engrossed by family dynamics, confused by interpersonal tragedies, and thoroughly invested in a study of disappointment and human understanding. I labor in the space between nostalgia and dreams, namely within a realist and materialist present. I think of the 'human frame' as a compositional support, the human figure as building material, providing structure to a house, a table, or a painting, bracing against the edges, strengthening as much as the crossbars do. I portray active projects and their conditions ebbing between fruition and cessation, portraits of people both pre and post class consciousness. My work is less about want than it is about need, more about bodily hunger than sexual desire. My aim is to instead emphasize other modes of objectification, like that of a parent scrutinizing a child, or a doctor examining a patient.

I reference patriarchal modes of representation in my work—greco-roman mythologies, catholic iconographies, and the European art historical cannon. My aim is not to reinforce these languages, but rather to deconstruct them with the same tools used for their building. I push back against the heroic masculinity from the 1930’s WPA-era by having women be the figures that are the powerful, resilient manipulators of their environments. Rather than furthering the language of rugged individualism I hope to emphasize instead the collective struggle of the resilient and powerful working class.

In an attention-deficit world where irony and sincerity are exploited into false antagonisms,  paralyzing the social utility of either and cultivating an anti-perceptive society fluent only in  mimesis and literality, my paintings speak in one-liners to second-guess that deficit’s currency.

I use idioms and tropes as a subject to unwrap the ideological underpinnings of everyday  dialogue, media and politics. Their conclusive shallowness and shallow conclusiveness take  place in a familiar plane of authority, with the idea of bringing framing itself into question. What  are we saying when we recite a prescribed lexicon in saying what we mean to say? I think the  answer appears in examining the syntactical fabric of latest capitalism’s mass psyche. 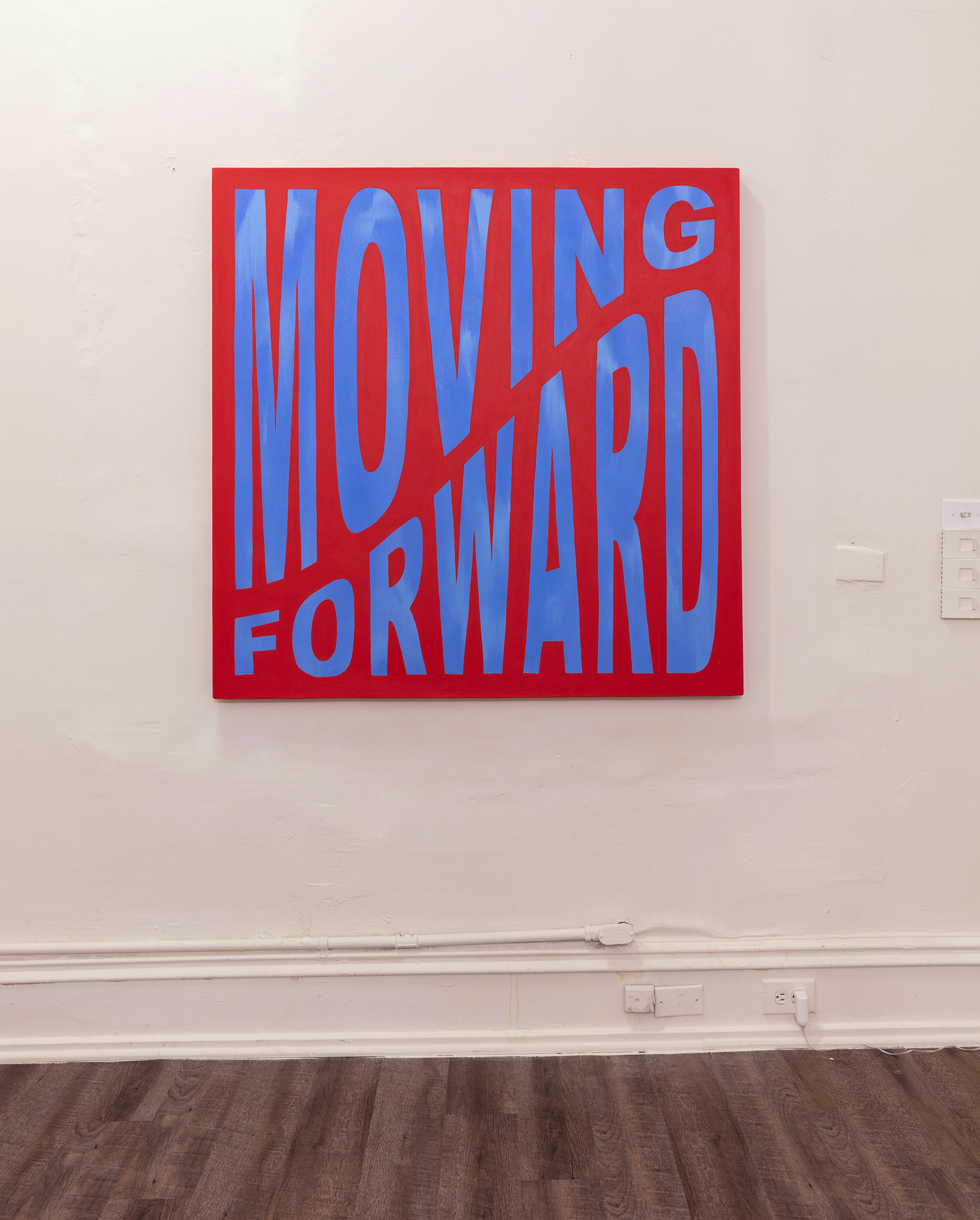 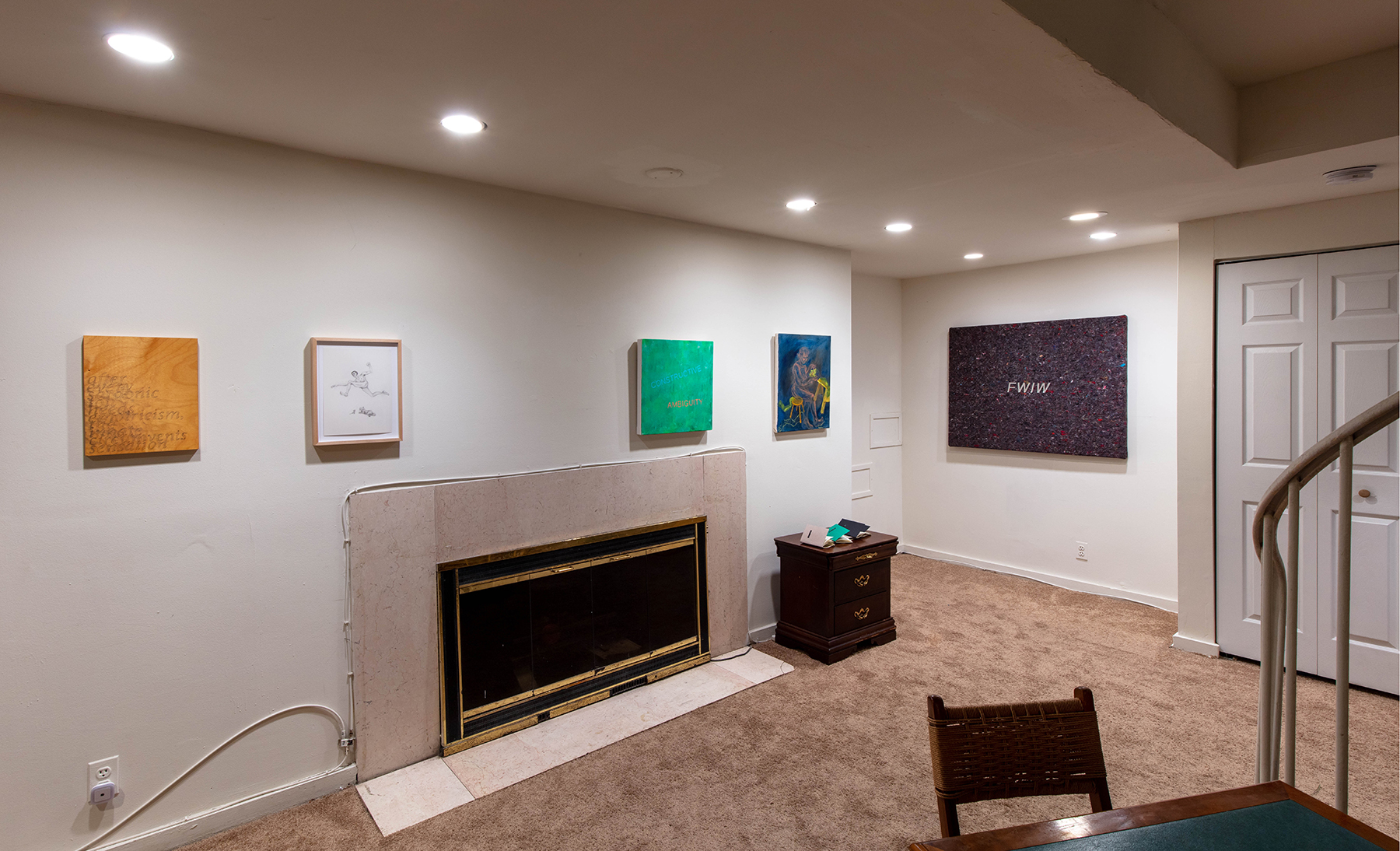 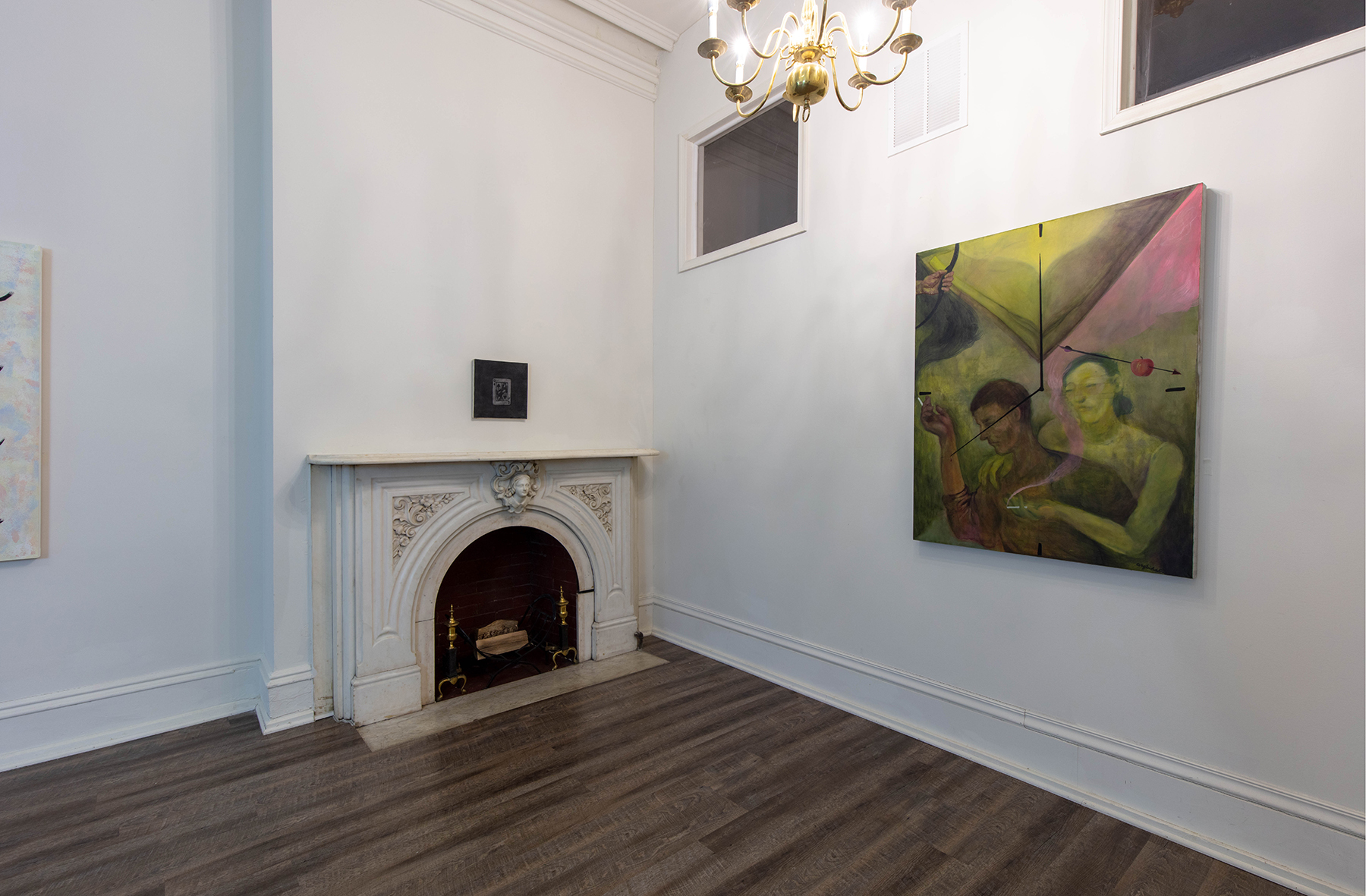 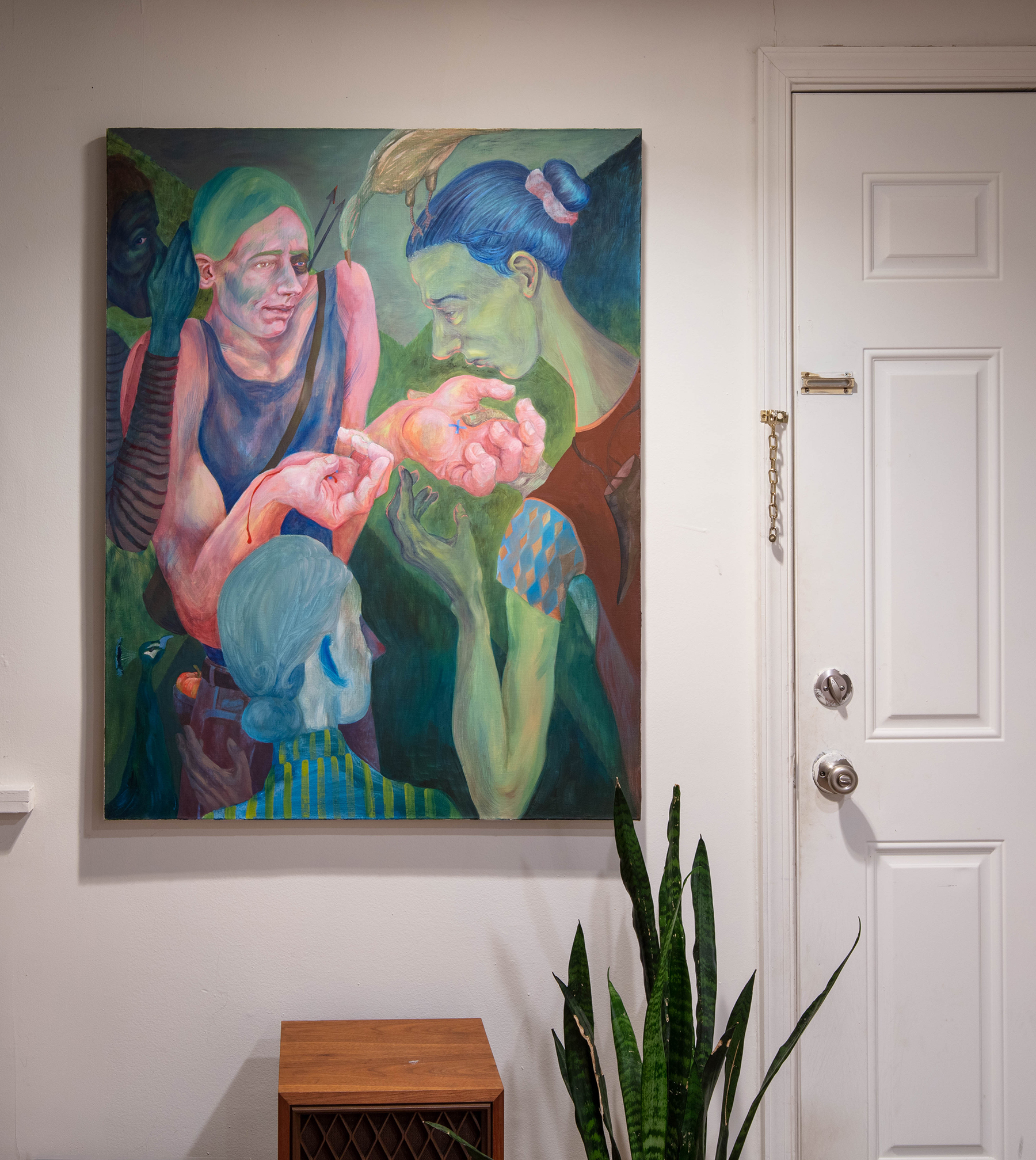 Ang Bidak is a painter currently based in Buffalo, New York. Her work focuses on the laboring body, the psychologies of class, and the theatricality of family dynamics. She graduated from the School of the Art Institute of Chicago in 2013 and is currently a painting candidate at Bard MFA. 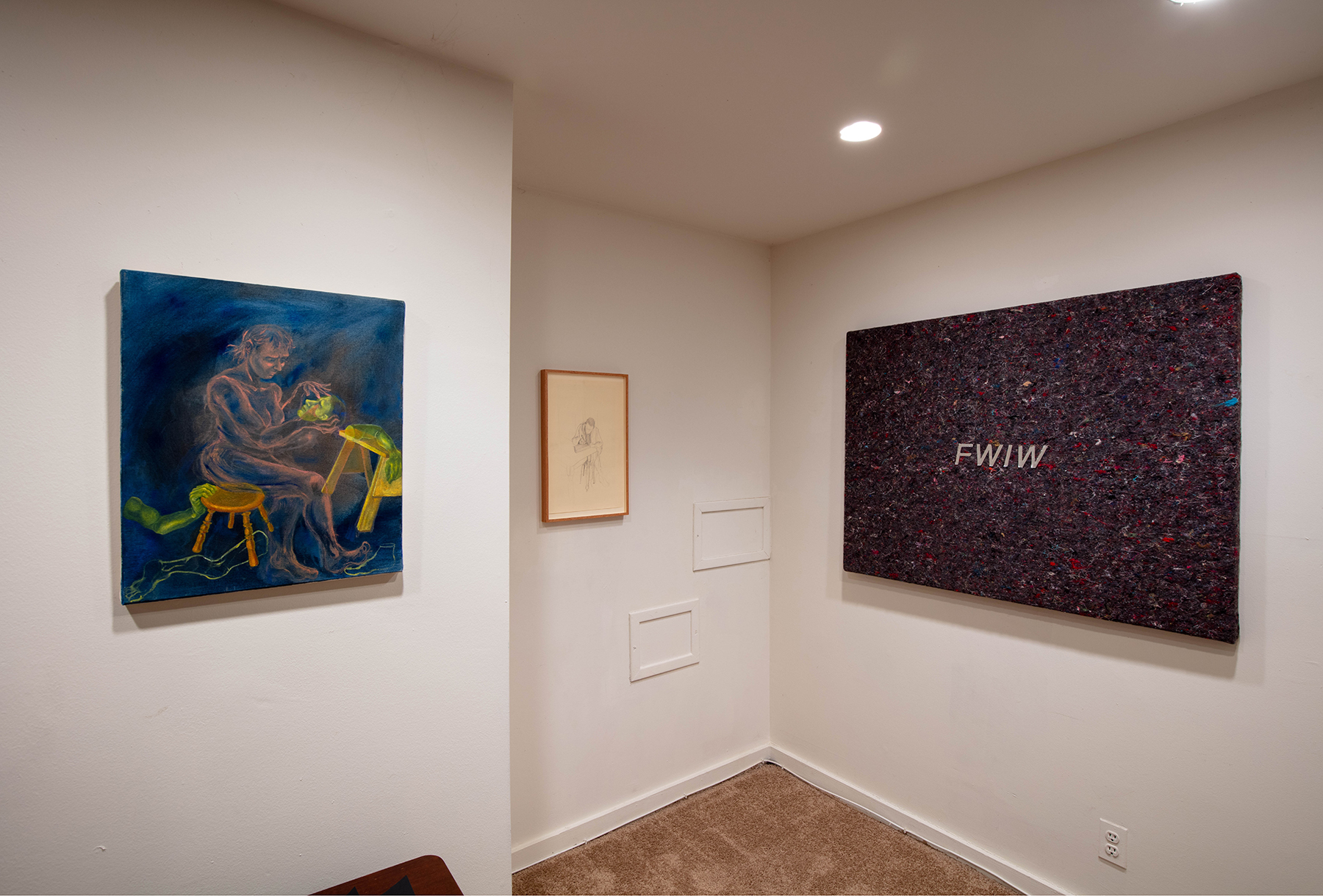 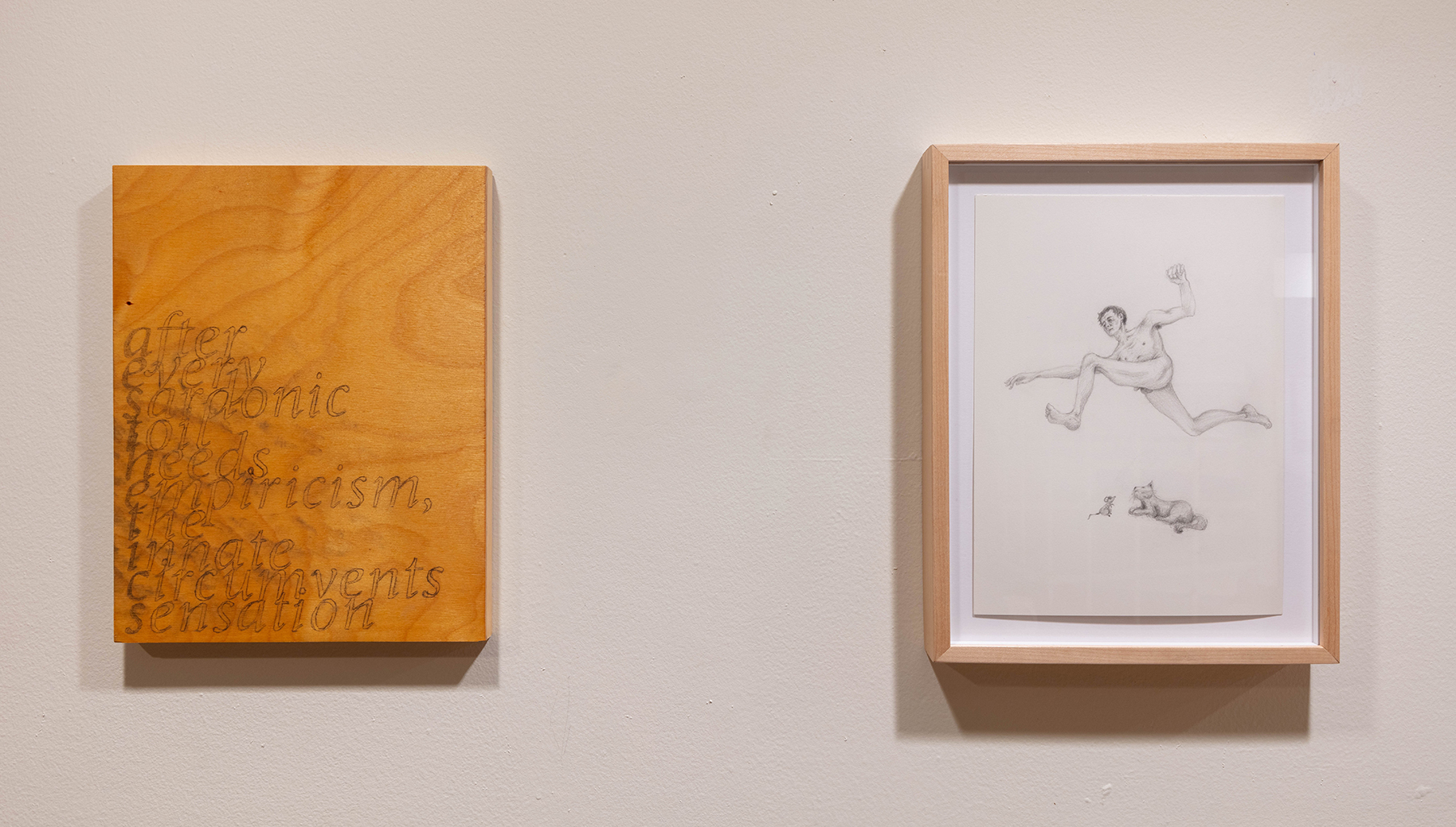 Spencer Compton is an artist, musician and writer currently based in Baltimore, Maryland. His work under each title focuses on how ideology and power are embedded in language. Compton completed his undergraduate work at the Maryland Institute College of Art in 2009, and gained a Masters in philosophy at the European Graduate School in 2017. 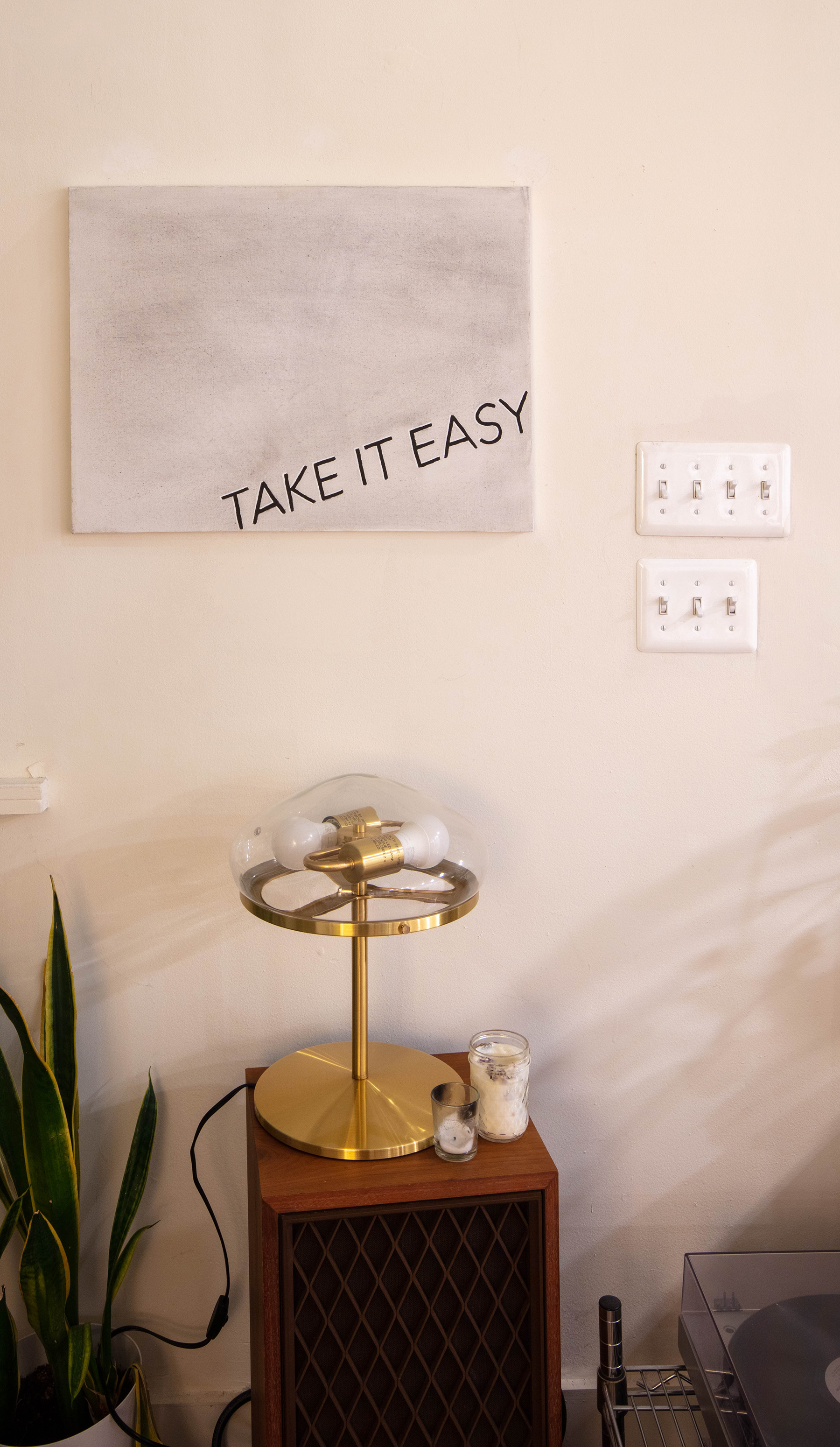